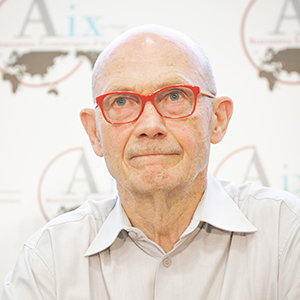 From September 2005 to August 2013, Pascal Lamy served for two consecutive terms as General Director- of the World Trade Organization (WTO).  A committed European and member of the French Socialist party, he was Chief of Staff for the President of the European Commission, Jacques Delors from 1985 to 1994. He then joined the Credit Lyonnais as CEO until 1999, before returning to Brussels as European Trade Commissioner until 2004. Mr. Lamy holds degrees from HEC School of Management, the Institut d’Etudes Politiques (IEP) and the Ecole Nationale d’Administration (ENA).

All sessions by Pascal LAMY