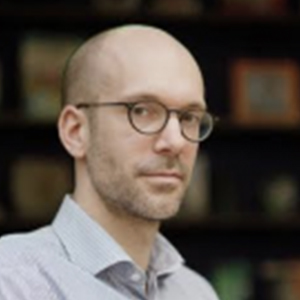 Nicolas is a director at The Family, a firm he co-founded in 2013 with Alice Zagury and Oussama Ammar, which now operates in London, Paris and Berlin. He’s a professor of business strategy at Université Paris-Dauphine and a professor of policy as well as the co-head of the “Digital, Policy & Organizations” chair at Sciences Po. He’s also a member of the board of directors at Radio France, the French public broadcasting corporation, and a member of the board of the digital business unit at Groupe La Poste.

Prior to founding The Family, Nicolas was a member of the Inspection générale des finances, the French Ministry of Finance’s in-house advisory body. In that position, he directed together with Pierre Collin (a tax judge at the Conseil d’Etat) a report commissioned by the French Government on the tax system and the digital economy. From 2014 to 2016, he was also a commissioner and member of the board of the Commission nationale de l’informatique et des libertés (France’s personal data protection authority).

Nicolas is the co-author, with Henri Verdier (now the chief information officer of the French Government), of L’Âge de la multitude: Entreprendre et gouverner après la révolution numérique(Armand Colin, 2nd edition, 2015—in French) and with Laetitia Vitaud of Faut-il avoir peur du numérique ? (Armand Colin, 2016—in French). He writes a bi-monthly column for the French magazine L’Obs, blogs in English on entrepreneurship, finance, strategy, and policy, and has been featured in Foreign Affairs and the Financial Times.

Nicolas lives in London (UK) with his wife and their two children.

All sessions by Nicolas COLIN

Session 4 – Disruption, Fintech and Innovation: Who will be the winners?