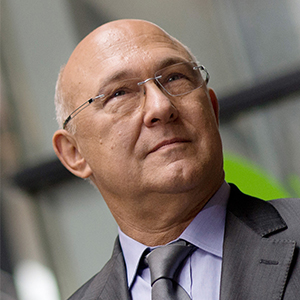 Michel Sapin attended Paris-Sorbonne University, where he received a B.A. in History and an MPhil in Geography. He then attended the École Normale Supérieure, the Institut d’études politiques de Paris, and the École nationale d’administration (ENA). He graduated from the ENA as part of the Promotion Voltaire. He started his career as an administrative law judge.

All sessions by Michel SAPIN