Ambassador of France to Singapore 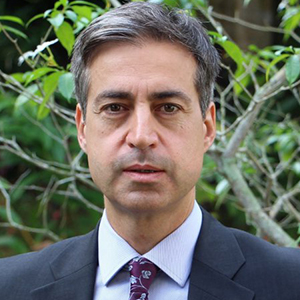 Ambassador of France to Singapore

Marc Abensour is a career diplomat. He was appointed Ambassador of France to the Republic of Singapore by decree of the President of the Republic of France on 18 November 2016. His professional experience mainly covers Asian Affairs and politico-military issues.

He has served as an Inspector of the Ministry of Foreign Affairs since July 2014. Previously, he was Diplomatic Advisor to the Minister of Defense in 2014 and Director for International, Strategic and Technological Affairs of the General Secretariat for Defense and National Security (Prime Minister’s Office) in 2012 and 2013. From 2008 to 2012, he was Deputy Permanent Representative of France to the Council of the North Atlantic Treaty Organization (NATO), where he contributed to a process whereby France has regained its rank within the organisation. He was previously Deputy Director of Industrial and Sustainable Export Issues from 2005 to 2008 and Deputy Director of the Far East from 2003 to 2005. He was successively serving as First Secretary at the French Embassy in China from 1996 to 2000 and at the French Embassy in the United States from 2000 to 2002.

Marc Abensour is a former student of the Ecole Normale Supérieure from which he graduated as Associate Professor in Philosophy. He was an exchange student in the Department of East Asian Studies at Harvard University in 1993/1994.

He is married to Veronica Abensour-Nilsson. They have two children.

All sessions by Marc ABENSOUR

Session 4 – Disruption, Fintech and Innovation: Who will be the winners?