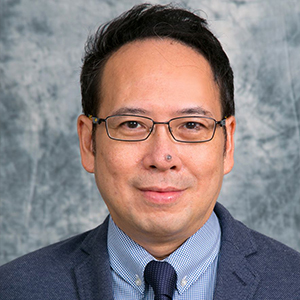 Professor Euston Quah is Head of Economics at the Nanyang Technological University (NTU), Singapore, and an Adjunct Principal Research Fellow of the Institute of Policy Studies at the National University of Singapore (NUS). He was formerly Chair ,School of Humanities and Social Sciences at NTU ; Vice-Dean , Faculty of Arts and Social Sciences ; Deputy Director of the Public Policy Program(now called the Lee Kuan Yew School of Public Policy) ; and headed the economics department at NUS . A prolific writer , Professor Quah had published over 100 papers in major internationally refereed journals and opinion pieces . His most recent works include a paper in an international publication on cost-benefit analysis for Oxford University Press, 2013 ; a Lead Journal Article in World Economy in 2015; a Commentary in the Asian Economic Policy Review in 2016; an Invited Paper in the Macroeconomic Review in 2017; and a forthcoming paper in the Annual Review of Resource Economics, 2018. . Two books on Cost-Benefit Analysis was published by Routledge , UK in 2007 and 2012 respectively . His work on Cost-Benefit Analysis(with E.J. Mishan 5th edition , and 6th edition due in 2019) was recommended for reference by the US White House , Office of Management and Budget for use by Government Agencies applying for project grants. He was co-author of an Asian Edition of the best selling Principles of Economics text with Gregory Mankiw of Harvard University, now a second edition in 2013. The Third Edition will be published in 2019.

Professor Quah advises the Singapore Government in various Ministries and was a Member of the Prime Minister’s Economic Strategies Sub-Committee on Energy and the Environment . He had served on the Boards of Energy Market Authority , Fare Review Mechanism Committee of the Ministry of Transport , Board Member of the Energy Studies Institute at NUS ; and presently sits on the Government’s Market Compliance and Surveillance Committee ; the Singapore Medical Council’s Complaints Committee ; the Advisory Panel of the Ministry of Finance ; and the Competition and Consumer Commission of Singapore. In 2016, Professor Quah was appointed a Member of the Social Sciences Research Council of Singapore. He is also a Review Panel Member for the Bill and Melinda Gates Foundation project hosted by the Overseas Development Institute , London ; and in 2015 was inducted as a Fellow Member of the prestigious learned society , European Academy of Science and Arts . Professor Quah is Editor of the Singapore Economic Review(since 2002) , and the President of the Economic Society of Singapore since 2009 . He has been invited by Stanford University , Princeton University , the USA Inter-Pacific Bar Association , WWF for Asia , UNESCAP , Earth Institute of Columbia University (Asian Meetings) , ADBI and ADB to speak at their functions and conferences and he is one of the most highly cited and influential university economists in Singapore.

All sessions by Euston QUAH

Welcome comments by the Organizers